NETHERLANDS Railways (NS) has confirmed it is planning to boost seating capacity on domestic services on HSL South in addition to the previously-announced increase in frequencies to cope with a surge in passenger numbers. 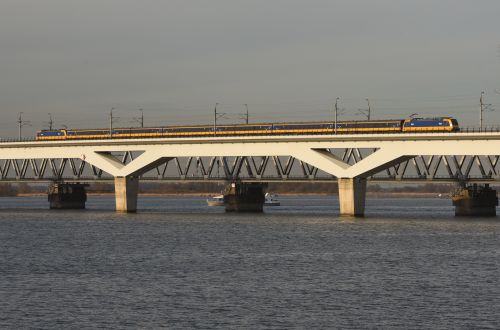 NS says it saw a 25% increase in ridership on its IC Direct services in 2017, more than double the forecast 10%.

In a bid to address overcrowding at peak times, NS introduced a temporary discount for travel on shoulder-peak IC Direct trains. However, this failed to spread demand and NS has now been forced to lengthen trains.

The unplanned capacity boost will be achieved by adding an extra coach to each six-car IC Direct train from January 2019. These are formed of ICRm coaches, which are more than 30 years old, with a 160km/h multi-system Traxx locomotive at each end of the train.

IC Direct frequencies will be increased from four to five trains/direction/hour from December. This means the Amsterdam - Brussels service will no longer operate in the 15-minute regular-interval IC Direct operating pattern and will run close behind an Amsterdam - Breda service. This is intended to reduce the number of domestic passengers travelling on the international service, which has suffered from overcrowding on the Dutch leg of the route.