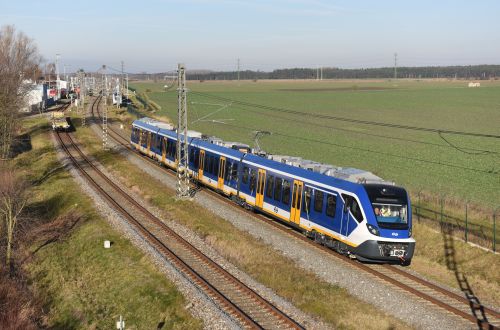 Van Boxtel was speaking with Dutch newspaper de Volkskrant, where he said two years after Limburg, and with a new government now in power, NS should not be limited to solely operate the core rail network, and that it was ready once again to bid for regional tenders.

This policy has been agreed by the government, and NS is already eyeing the upcoming tender to operate services between Dordrecht and Geldermalsen, the so called Betuwelingelijn, which is operated by Arriva Nederland. It is also reportedly looking at Valleilijn services between Amersfoort and Ede-Wageningen, currently operated by Connexxion.

In response, Arriva Nederland CEO, Mr Anne Hettinga, criticised NS’ plans. He accused the state-owned operator of having an unfair advantage in tenders due to its monopoly over the core network

The Ministry of Infrastructure is set to conduct a mid-term evaluation of the core network concession in 2019 during which it will analyse the need and benefit of opening the national passenger market to other operators. It will also consider making more regional services open to tendering, as has happened in Limburg, where regional train services are operated by Arriva while long-distance traffic is still operated by NS.

In light of upcoming EU legislation under the Fourth Railway Package, major decisions on how to organise the future Dutch long-distance passenger market will be taken before the end of 2024.