The new contract follows a short ‘bridging’ contract awarded in 2019. 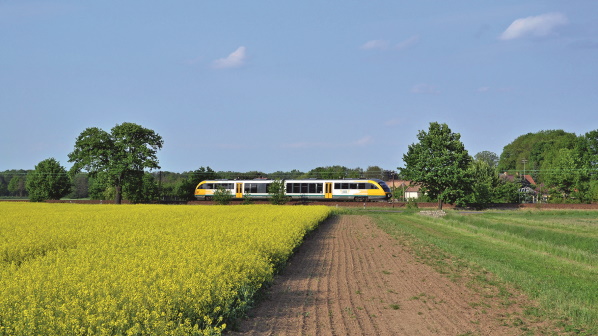 The contract will begin in December 2021 and run until December 2034, and covers the operation of:

A short-term contract was previously awarded to ODEG in 2019, with the decision by VMV subject of legal action by former operator DB Regio.

The contract was unusual in that the winner was obliged to lease the fleet of seven new three-car Desiro ML EMUs owned by Alpha Trains, currently leased to ODEG. The full fleet entered service in August 2020. Prior to delivery, services were initially operated by ODEG using trains leased from Austrian Federal Railways (ÖBB).

The Desiro MLs will be extended to four-car trains using additional vehicles ordered at the same time as the rest of the trains. This is dependent on approval by Germany’s Federal Railway Authority (EBA), which is expected later this year.