OSIRIS, a three-year research programme to identify means to improve energy efficiency in urban railway transport, concluded this week with participants hailing its success during the final conference in Brussels. 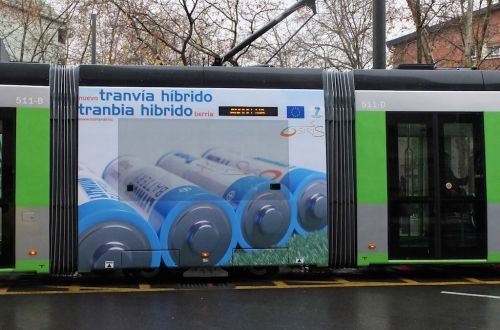 Osiris (optimal strategy to innovate and reduce energy consumption in urban rail systems) brought together 17 partners, including public transport operators, manufacturers and research centres, and was co-funded by the European Union's Seventh Framework Programme, which provided €4.3m of the €7.3m cost.

Coordinated by the European Railway Industry Association (Unife), Osiris took a systemic approach to address energy efficiency in the complete urban rail system. The result is the development of several tools and a range of proposals relevant to the specific segments of the urban transport sector. This includes an innovative methodology for simulating, evaluating and optimising energy consumption in urban rail systems, which has since contributed to a 10% reduction in energy consumed by European urban rail systems, well ahead of the 2020 target established at the outset of the programme. Osiris has also laid the framework for the development of a comparative rolling stock energy consumption tool through a modular duty cycle system.

Among the technical demonstrations included in the project, and highlighted during the conference, were an onboard energy storage system developed by CAF which uses lithium-ion batteries supplied by Saft Technologies and was deployed on an LRV in Vitoria-Gasteiz in Northern Spain. A new lightweight auxillary converter developed by Alstom for Milan Transport (ATM) metro Line 3 was also highlighted while Ansaldo STS presented a HVAC system for equipment rooms which utilises cool water supplies and was trialled at Rome's Barberini station in partnership with Atacs.

In terms of operations innovations, Paris Transport Authority (RATP) and Istanbul metro operator Ulasim, informed the conference of the results from measures to reduce energy consumption by installing innovations in escalators, tunnels and station ventilation systems, and lighting.

The potential for these innovations to reduce energy consumption, and energy bills, was reflected in the 10GWh reduction in Istanbul, 50GWh in Paris, and 15GWh in Milan following the deploying of the Osiris projects. In addition the partners have developed key performance indicators (KPIs), which allow direct performance comparisons in energy consumption and business and economic factors, potentially allowing other operators to apply the findings to their specific systems and reduce their energy consumption.

Indeed it was clear from the conference, that Osiris is just the beginning for many of these research developments, and with some initiatives such as the rolling stock comparison tool, not yet complete, further work is required, in all likelihood through the Shift²Rail and Horizon 2020 research initiatives.

"These two vehicles are both good ways to proceed with the findings from Osiris," says Mr Bruno Guillaumin, Osiris technical coordinator. "Getting together to solve specific problems through research and development offers a more effective way to move forward and to deliver much-needed benefits."