REGIONAL political leaders attended a ceremony in Romily-sur-Seine on November 22 to officially launch electrification of the Paris Est – Troyes line. 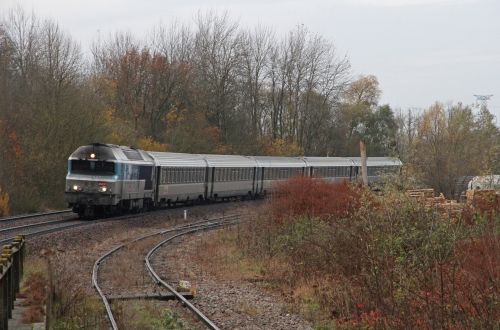 The 38.3km Paris Est - Gretz Armainvilliers section of the 166km route is already electrified at 25kV 50Hz ac as part of the Paris suburban network. Paris - Troyes services, which are operated by B82500 AGC bi-mode multiple units, also run under electric power as far as Gretz, where they switch to diesel traction.

The €320m project will be jointly funded by the state, the regions of Ile-de-France and Grand Est (Alsace-Champagne-Ardennes-Lorraine), and eight local councils.

Electrification of the route by SNCF Network will involve capacity enhancement and re-signalling. Approximately 6000 electrification masts, 320km of catenary wire and 160km of signal cables will be installed as part of the project and a new €16m signalling centre is also being built at Romily-sur-Seine.

The work will be undertaken in stages and will be complete between Paris and Nogent sur Seine by 2021 at a cost of €179 million, with the final 55km Nogent – Troyes section due for completion by October 2022.