ELECTRIFICATION remains an “optimal solution” for the development of the busiest parts of Britain’s railway network, despite the cancellation of three key schemes last summer, according to a report by the House of Commons Transport Select Committee on rail infrastructure investment, which was published this week. 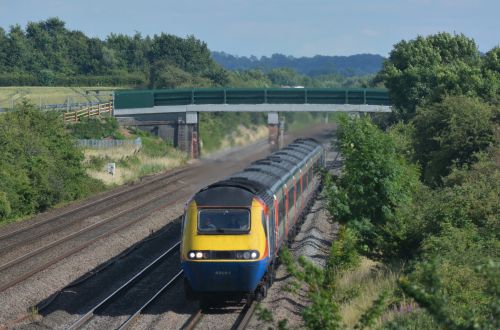 In July 2017, transport minister Mr Chris Grayling confirmed in a written statement to the House of Commons that the electrification of the Midland Main Line (MML) from Kettering to Derby, Nottingham and Sheffield, the Great Western Main Line (GWML) between Cardiff and Swansea, and the Oxenholme - Windermere Lakes Line had been cancelled.

The report is critical of what is deemed to be “an overambitious programme of railway electrification,” with “inadequate planning and budgeting and unclear definition of responsibilities between the Department for Transport (DfT), Network Rail (NR) and the Office of Rail and Road (ORR),” and acknowledges that the electrification programme was no longer achievable within the replanned infrastructure enhancement profile for Control Period 5 (2015-2019).

However, the committee concludes that there is “strong evidence” that electrification remains the best option for key routes, and therefore recommends that the three schemes cancelled in 2017 should be reclassified as “pending” and included in the Rail Network Enhancements Pipeline (RNEP) for further development and design work.

The committee also argues that the DfT and NR should demonstrate a greater willingness to engage with third-party proposals for alternatively-funded electrification projects, and that an existing third-party proposal for the MML scheme must be considered as a direct alternative to the DfT’s favoured solution of introducing new bi-mode trains from 2022 onwards, with diesel operation north of Kettering.

Mr Jonathan Willcock, UK & Ireland managing director of signalling and infrastructure for Alstom told the select committee that both Alstom and other private sector companies had an appetite “to provide a third-party electrification scheme” on the MML, and the “case was compelling” for this. Willcock said Alstom had presented a proposal to the DfT, but believed the department was now firmly committed to bi-mode operation on the MML.

In the report, the committee expresses concern about the coherence of the DfT’s traction strategy, particularly in light of rail minister Mr Jo Johnson’s recent call for to the industry to phase out diesel operation by 2040.

Giving oral evidence to the committee on April 30, Johnson said that the decision to purchase new bi-mode diesel/electric trains in lieu of electrification was “not at all inconsistent” with the aim of eliminating diesel operation, arguing that rolling stock could be converted to operate with other traction technologies in the longer-term.

However, the report says Johnson demonstrated a “somewhat shaky understanding” of how and where these emerging technologies are being developed.

The report concludes that the DfT has so far failed to make a long-term case for bi-mode operation with a view to future conversion from diesel traction to alternative power sources. “This approach remains untested, and is therefore uncertain,” the report states, recommending that the department must now “vigorously encourage and support the testing of alternative train traction technologies.”