POLISH operator PKP Intercity has awarded a Zlotys 549m ($US 145.9m) contract for the modernisation of another 125 passenger coaches to a consortium of Pesa Group members Pesa Bydgoszcz and ZNTK Mińsk Mazowiecki. 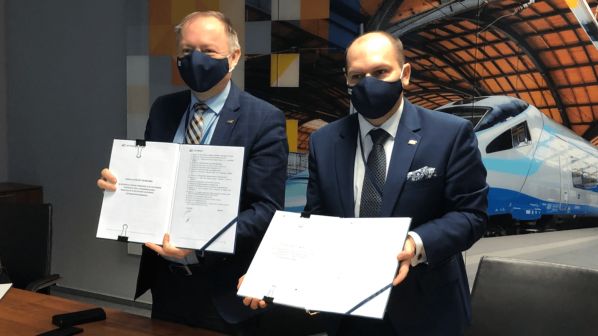 The contract covers the modernisation of 125 class 111A and 141A coaches, as well as the provision of periodic technical inspections and maintenance following the completion of the overhaul.

The first vehicle is scheduled to be delivered 300 days after the signing of the contract, with the full fleet expected to be overhauled within 30 months.

Following modernisation, the coaches will be used to provide second-class services and accommodation.

The contract is part of PKP’s Zlotys 7bn ‘Large Investment Railway’ programme, which aims to modernise 80% of the operator’s total fleet by 2023, with 94% having air-conditioning and 77% equipped with Wi-Fi. PKP says that it has so far invested a total of Zlotys 5bn under the programme.

Three other contracts are currently being executed by the consortium:

The modernisation programme is being co-financed under the European Commission’s (EC) Operational Programme for Infrastructure and Environment 2014-2020, which has outlined funding for a total of 225 coaches.