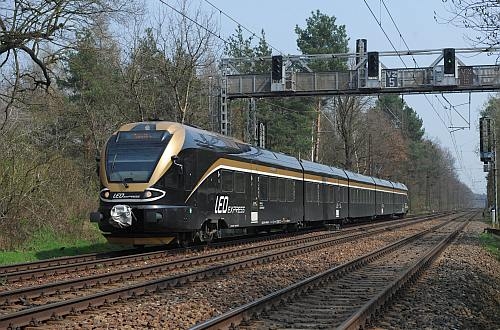 The decision means Leo Express will not be able to start operations in Poland this December unless it applies individually for vacant paths on specified routes. Services therefore look unlikely to begin before June 2014 or even December 2014.

Leo Express is planning to launch open-access services on the Warsaw – Krakow/Katowice and Warsaw – Poznan – Szczecin routes in collaboration with Silesian Bus Lines (DLA), which is already certified to operate trains on the Polish mainline network.

PKP PLK's decision to reject the application has sparked a debate in Poland on open-access passenger services, in particular the rules on protecting Public Service Obligation (PSO) services against revenue abstraction by new entrants. Under the Polish Railway Act, the Office of Railway Transport (UTK) has an obligation to evaluate the impact of proposed open-access services on PSO services on a case-by-case basis.

According to Polish Ministry of Transport and PKP PLK, DLA (acting on behalf of Leo Express) must be given UTK approval before it is granted access to the network. The Ministry recently organised a meeting with DLA's representatives and says it is keen to see Leo Express competing in Poland in the near future.