THE Finnish Transport Agency (FTA) has appointed three engineering consultancies to complete a master plan for a 95km high-speed line between Espoo and Salo, a key component of proposals to reduce journey times and increase capacity on the Helsinki - Turku corridor. 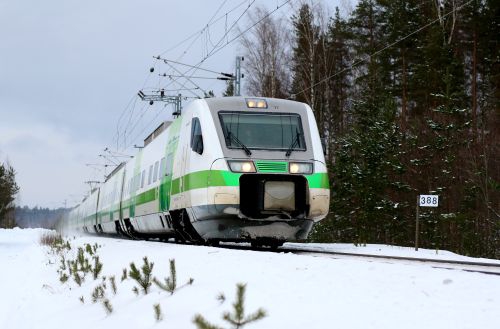 Sitowise, Finland, will be responsible for planning on the Espoo - Lohja stretch, while the contract for the central section from Lohja to Suomusjärvi has been awarded to Pöyry Finland. Ramboll Finland has been appointed to study the western section from Suomusjärvi to Salo.

The Finnish government allocated the FTA €10m in its 2017 state budget to carry out further planning for the project. The FTA says it expects the planning phase to continue until the end of 2020.

In addition to the new Espoo - Salo line, the Helsinki - Turku project involves construction of two additional tracks on the Leppävaara - Espoo - Kauklahti section of the existing line west of Helsinki, track-doubling between Salo and Turku, and capacity enhancements in the Turku area.

The Leppävaara - Kauklahti project is the most advanced of these four elements, with an estimated cost of around €275m.