PRORAIL is facing a shortfall of €475m in its investment budget for 2018-2028, according to an independent financial investigation into the Dutch infrastructure manager's spending plans, which was made public this week. 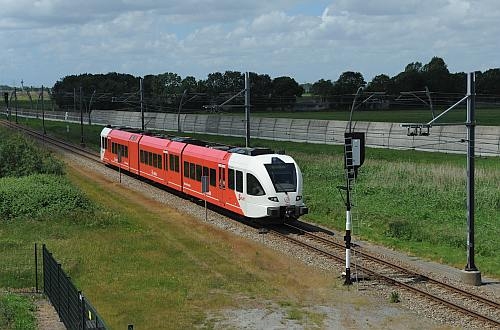 The Dutch Infrastructure Fund has allocated Prorail less than wants to spend during this period, meaning measures will need to be taken to control expenditure and risks in capital projects. Earlier this week it emerged that the reconstruction and expansion of the Utrecht Central station will be around €53m more expensive than previously anticipated.

Members of parliament have expressed their frustration with rising costs and some have accused secretary of state for infrastructure Mrs Wilma Mansveld of failing to keep the infrastructure manager under control. Mansveld's political position has been called into question by recent deterioration in relations between the government and Prorail, particularly since Prorail CEO Mr Pier Eringa issued a statement claiming that the Ministry of Infrastructure has forced the company to remain silent on the issue of rising costs.

Eringa subsequently withdrew his statement, but parliament is demanding more detailed reports on costs from Mansveld while urging her to take a tougher stance on Prorail's management.

Countermeasures are now under development, including cutting maintenance costs by increasing daytime engineering possessions, a move which could have major consequences for train operators and passengers.

Another medium-term budgetary risk has also been identified on the 160km Betuwe Route freight link between Rotterdam and the German border, where an increase in maintenance expenditure is now forecast due to a number of factors, including rising freight traffic, even though the line is less than 10 years old.

Renewal of the heavily-used bridges at the Oosterdok on the eastern approaches to Amsterdam Central station is another key project. Experts have warned that delays in replacing these structures could lead to safety issues.

As a result of the expected financial situation financial situation, Prorail is now planning to postpone or cancel investments in peripheral areas. The €300m allocated to regional rail projects could help to fill gaps in Prorail's general budget, but these proposals have provoked a furious response from regional authorities, which fear their rail plans could be thwarted by such a move.

Mansveld has promised to tighten the ministry's grip on Prorail and implement remedial measures. How and what these measures might be is still under consideration with proposals due to be drawn up by the beginning of next year.