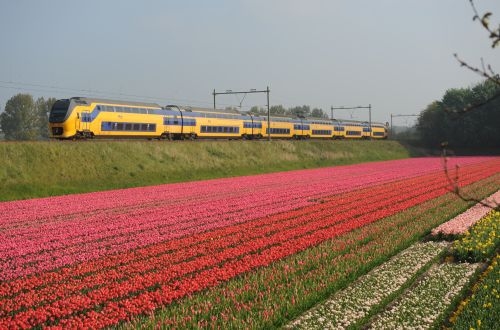 On time-performance, which is defined in the Netherlands as an arrival within three minutes of schedule, reached 89.5%, well above the minimum benchmark of 87% defined in the ministry's contract with Prorail.

The report shows that the majority of delays are caused by external factors, with this category accounting for more than half of delay minutes.

Measures implemented by Prorail include lineside fencing, improved lighting, and promoting the 113 telephone helpline. The effectiveness of these measures will be evaluated next year. Following Japanese practice, Prorail plans also to install blue lighting in stations and on platforms, which has been found to have calming effects on passengers.

News of Prorail's improving performance comes as the government considers a major reorganisation of the rail sector, which could include making the infrastructure manager a department or agency of the Ministry of Infrastructure.

The results for the country's largest train operator Netherlands Railways (NS) are less positive, with performance in decline as ridership surges.

Passenger numbers increased 3.2% year-on-year in the first quarter of 2016 and overcrowding has become a particular issue, especially in the Randstad area around Amsterdam, Rotterdam, and The Hague, with passengers frequently left standing on platforms.

Following the Fyra parliamentary investigation and daily problems in operations, an external consultant was appointed by the ministry in December 2015, and this report has now been completed and sent to Dijksma and the Dutch Parliament.

The report commends NS for adopting a 'pit-stop' strategy to improve rolling stock availability by allocating capacity at two Nedtrain depots for unplanned maintenance. Four drivers are available round-the-clock to move trains to and from these depots.

However, NS has failed to find rolling stock abroad to cover its short-term fleet requirements until new trains are delivered. Operating new bus services parallel to overcrowded train services between Amsterdam Sloterdijk and Castricum has proved ineffective, with an average of two passengers per bus, despite incentives for passengers to switch. The situation is expected to ease from the end of 2016, when new Stadler EMUs enter service.

However, issues with overcrowding are considered to go well beyond NS and the railway as a whole, and the government is looking at a variety of options to reduce the burden on the system. Stakeholders are being asked to co-operate to encourage travel outside peak periods and Dijksma has already contacted the secretary of state to the Ministry of Education about changing the starting time for lessons at schools and universities. A commission to develop plans has been established for this.

NS is also encouraging its own staff to work outside normal office hours.