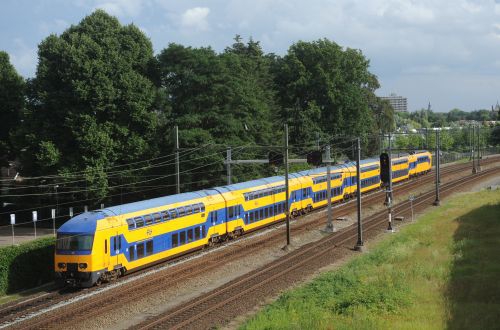 This will involve a major investment in solar power, and photovoltaic cells will be installed at all suitable locations, including on station roofs, bicycle parks, and on lineside anti-noise walls.

Stations will be equipped with LED lighting and the intensity of lighting will be reduced automatically when there are no passengers on the platform.

Prorail has a broader ambition to increase energy efficiency by 2%. In 2015 Prorail used 135 million kWh for non-traction purposes, equivalent to 39,000 households. In recent years, Prorail has implemented measures to improve sustainability, including the introduction of green technologies as part of the modernisation of major stations such as Utrecht Central and Rotterdam Central.

Since January, all traction energy for the Dutch railway network has been supplied by wind farms.