FIVE public transport associations have sent an open letter to the Dutch minister of infrastructure and the environment, Mrs Melanie Schultz van Haegen-Maas Geesteranus, urging her to include rail and public transport on the agenda of a meeting of European Union transport and environment ministers. 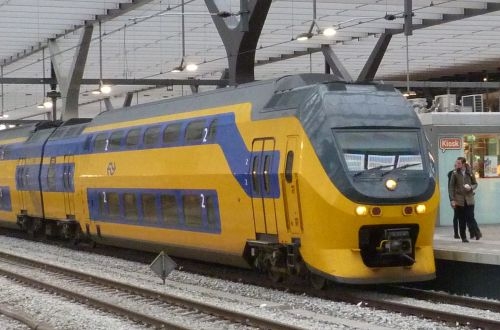 The Netherlands has one of the most intensively-used rail networks in the world.

The Innovating for the Future meeting is being held on April 14-15 under the Dutch presidency of the EU and will look at smart and green solutions for sustainable transport. The signatories of the open letter are concerned that the meeting focuses on the automotive sector while excluding other modes, and fails to consider the contribution of existing low-carbon, sustainable rail and public transport solutions, as well as cycling and walking.

"Policies and efforts that encourage a shift from higher-emitting modes of transport like automobiles to low-carbon urban public transport and rail solutions can and should also play a key role in reducing the carbon footprint of European transport," say the authors of the letter. "Any discussion on how to decarbonise transport must not be limited to a technological discussion but should also have a major emphasis on modal shift, as previously outlined in the European Commission's 2011 White Paper on Transport.

"It is fundamental that as the informal EU ministerial meeting discusses a new, green chapter for the transport sector, it does so in the recognition that the greening of fuels and vehicles should be implemented in conjunction with a broader sustainable transport policy built around an 'avoid, shift, improve' approach to sustainable transport. All three aspects are critical to facilitate a paradigm shift to reconcile transportation and climate change objectives," the authors conclude.