THE Spanish Ministry of Public Works and Transport has published its draft budget for 2015 this week and once again funds allocated to rail investments will exceed those for the department's other areas of responsibility, notably roads and air transport. 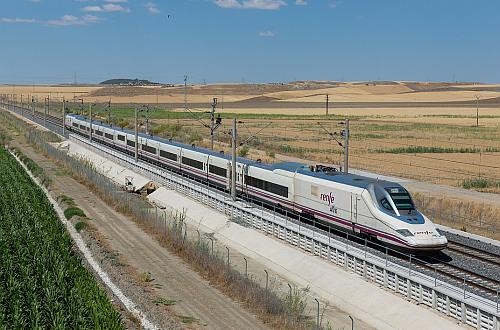 Despite the deep recession and the ensuing budgetary constraints, Spain's central government is committed to completing its ambitious rail programme and has invested more than €10bn in the high-speed network in the last three years alone.

The momentum for this remains strong, with €3.6bn allocated in the 2015 draft budget. This means that more than one euro in every three invested in transport in Spain next year will go into the construction of high-speed lines.

The Northern corridor between Madrid, Asturias and the Basque Country will be a major beneficiary and is set to receive €1.2bn, including €313m for the Pajares Base Tunnel, where construction started almost ten years ago.

The Madrid – Galicia line, already operational between Madrid and Olmedo, will receive €1bn and is expected to reach Zamora next year. Major works to extend the line to the northwest and connect it with the Ourense – Santiago line will take several years to complete.

Other major investments include the conversion of broad-gauge track to dual-gauge on the Tarragona – Valencia Mediterranean corridor, as well as the extension of the high-speed line from Alicante to Murcia, which has been allocated €900m in the budget.