RAILROAD Development Corporation (RDC) has lost its appeal at the Administrative Court in Cologne against the Federal Networks Agency's decision to prevent DB Networks signing draft agreements for train paths for RDC's proposed motor-rail services between Niebüll and Westerland on the island of Sylt. 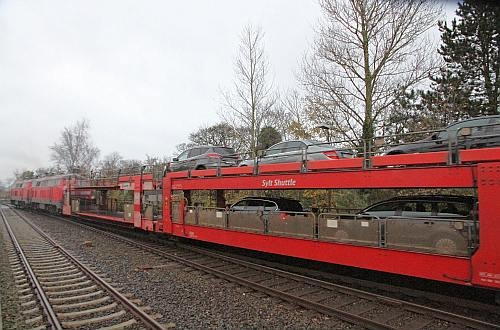 The regulator reached the decision last month and the court ruled that this was reasonable, or at least not unlawful. The regulator's decision suggests that 50% of route capacity, or two paths per hour, on the 39.3km route, 22.2km of which is single track, will have to be allocated four months before the annual timetable change every year, making long-term planning very difficult. The line's single track section and mechanical signalling system limits its maximum capacity to four trains per hour in each direction.

RDC argued that legislation enables up to 75% of capacity to be pre-assigned on a long-term basis, as envisaged in the draft contract prepared by DB Networks which was rejected by the regulator.

While it is not yet clear which paths it will be allocated, RDC Germany insists that it will start its service with the December timetable change.