SWISS regional railway Zentralbahn had a record year in 2014, with a new timetable, new trains, and improved marketing to tourists driving a surge in ridership. 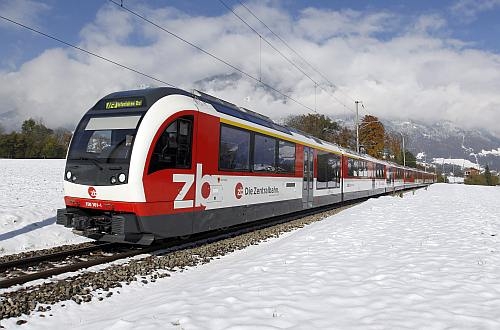 Zentralbahn is one of Switzerland's largest metre-gauge railways, serving the area between Lucerne, Interlaken and Engelberg and carrying both tourists and commuters.

The Lucerne-Interlaken Express benefitted from the delivery of new Adler and Fink EMUs from Stadler and saw a 27% increase in ridership, mainly due to an increase in international customers, especially from Southeast Asia.

Commuter services also achieved significant growth, which Zentralbahn attributes to the introduction of 15-minute interval services between Lucerne and Hergiswil and direct services from Lucerne to Stans and Sarnen.

"The strong growth shows that the investments made in the last few years were right on target," says head of sales and marketing Mr Ivan Buck.