CZECH private operator RegioJet has announced that it will increase the frequency of its new overnight summer trains to the Croatian coast to a daily service from July 11 due to the overwhelming popularity of the train. 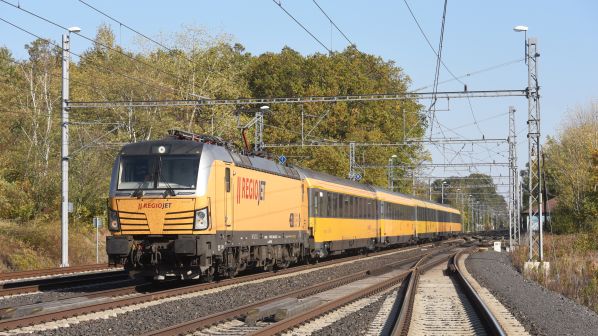 RegioJet had originally planned to run the service three times a week between June 30 and September 26. However, due to extremely high demand, the operator will more than double the frequency of trains, including plans for a weekend service. RegioJet has already sold an estimated 30,000 tickets, with the service already reaching capacity since bookings opened on June 13.

The service operates between Prague and the Croatian coastal town of Rijeka, via Pardubice, Brno and Břeclav in the Czech Republic, Bratislava in Slovakia, and Csorna in Hungary. Trains leave Prague at 17.20, arriving in Rijeka at 09.00 the next morning.

The new trains will operate at the same capacity as the original service despite the increased frequency, with up to 12 coaches and a maximum capacity of 560 passengers. One-way fares cost Koruna 590 ($US 24.85) per person, with the compartments available for groups. Berths in couchette coaches for individuals or groups start at Koruna 790 per person.

Additional bus connections to 30 tourist destinations on the Croatian coast are also available for Koruna 200 or 300, depending on distance.