RHAETIAN Railway (RhB) held an official ceremony on August 26 to mark the opening of its modernised railway station at St Moritz, the hub of its network, which also included a display of rolling stock ranging from historic wagons to state-of-the-art snow-blowers. 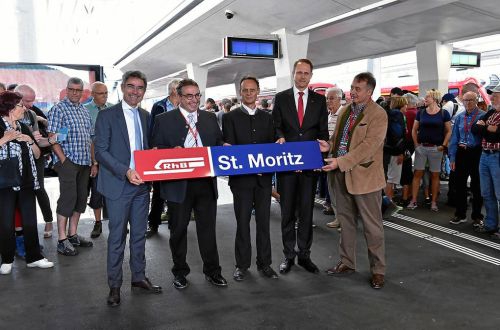 The revamped station has five platforms, improved transfer facilities between trains and buses, and is now fully accessible for disabled users. Renovation work took three years to complete at a cost of SFr 66m ($US 69.6m), with the community of St Moritz and the cantonal office for transport and energy each contributing SFr 2m to the project.

The metre-gauge railway, the largest train operator in the Swiss Alps with a network of 384km including many tunnels and bridges, invests over SFr 180m a year in its infrastructure. Other recent projects include the renovation of the station at Rhäzuns at a cost of SFr 7m. The railway is also engaged in the construction of the new 5.8 km Albula tunnel at a total cost of SFr 345m with completion expected in 2020-21.