INCREASING passenger and freight traffic helped boost Swiss Federal Railways’ (SBB) first half by 2.4% to SFr 4.36bn ($US 4.48bn), according to the company’s latest financial results, which were published on September 13. 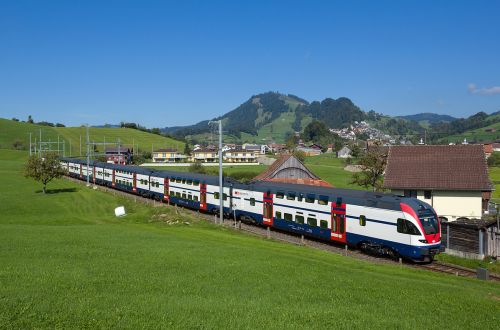 Net losses increased 21.3% to SFr 72m, primarily due to higher staff costs and investment write-offs, although operating expenditure fell by 3.8% to r 4.29bn.

Rail freight subsidiary SBB Cargo continued its turnaround, reducing first-half losses from SFr 25m in the first half of 2015 to SFr 4m this year. Volumes climbed 14.4% to 8.72 billion tonne-km, mainly due to increased demand from the construction and steel sectors and new business. A significant increase was registered in the carriage of transalpine freight traffic, which rose 12.6% year-on-year to 10.65 million net tonnes. SBB Cargo International achieved a profit of SFr 3m, compared with a loss of SFr 3.9m a year ago.

Operating income in the passenger sector was up 12.7% to SFr 30m. Traffic increased 2.7% to 9.3 billion passenger-km and SBB carried the equivalent of 1.24 million passengers a day in the first half, up 3.4% on the first six months of 2015.

Losses for the infrastructure sector increased to SFr 76m, principally because SBB exceeded the budget allocated by the government in its 2013-2016 contract with the Swiss government.