RHINE-MAIN Transport Association (RMV), which is responsible for rail services in the Frankfurt-am-Main area, says it will extend some of its existing concessions due to considerable infrastructure works planned by DB Networks, while also announcing plans to introduce fuel-cell trains. 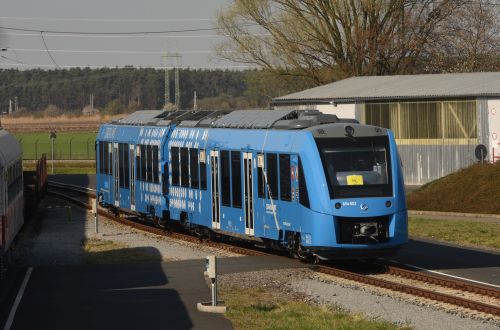 Among the works planned by DB Networks is the upgrading of the Frankfurt - Homburger Damm junction which will take place between May 2018 and December 2021. The work will cause a considerable reduction in track capacity which will affect the timetable and train performance.

“The uncertainty of the specific phases of the construction phase and its impact on the existing railway infrastructure means that it is not possible to define and allocate competitive operating programmes for competitive tendering procedures,” says RMV.

When RMV relets the Taunus sub-network, covering lines RB11, RB12, RB15 and RB16, it intends to procure fuel cell vehicles. However, it says this is subject to the establishment of suitable hydrogen refuelling infrastructure. If this does not prove feasible, RMV says it will procure diesel trains and provide them as part of the re-tendering of the sub-network.

In addition, RMV intends to use existing own diesel vehicles as part of the new tendering of the subnetwork on Line RB21.