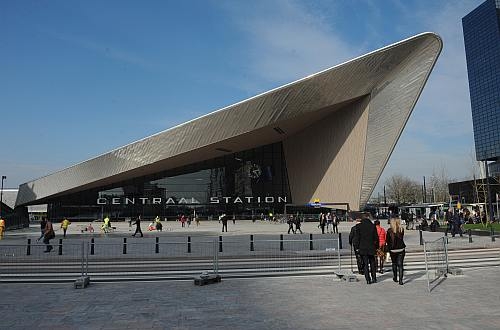 The station was reconstructed shortly after the Second World War, but lacked the capacity to cope with current traffic volumes. It is also one of the few stations in The Netherlands to be served by international high-speed services.

Construction began in 2005 on the €675m project, which has been implemented jointly by infrastructure manager Prorail, Netherlands Railways (NS) and the municipality of Rotterdam.

The new station is intended to be an architectural focal point and acts as a public transport hub for trains, trams, metro and busses.

The track layout and platforms have not been changed, although the platform canopies have been replaced with a single overall roof, which is covered with solar panels with a total surface area of 10,000m2. These cells generate power for the station lights and escalators.

The passenger subway beneath the platforms has also been rebuilt and is four times wider than the original tunnel, which was a serious bottleneck.