SERBIAN Railways (ZS) has signed two supplementary agreements with Russian Railways' (RZD) international subsidiary RZD International from its contract to reconstruct Pan-European Corridor 10 which was awarded in May 2013. 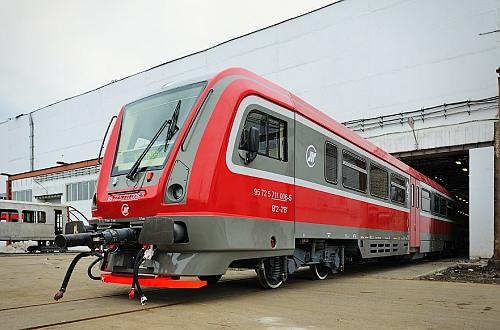 The agreements are worth $US 150m and include reconstruction of 65km of lines as well as the supply of 27 additional class 711 DMUs. Specifically, upgrades will be carried out on the Sopot Kosmajski – Kovačevac (18km), Mala Krsna – Velika Plana (29km), and Ruma – Golubinci (18km) sections of the corridor, which will increase line speeds to 120km/h up from 30km/h at present, and are worth $US 50m.

Transmashholding subsidiary, Metrovagonmash will supply the DMUs in a $US 100m agreement. The trains will have a maximum speed of 120km/h and are designed specifically for 1435mm-gauge infrastructure. The agreement also includes supply of spare parts, and the first train is due to be delivered in 15 months.