SWISS Federal Railways (SBB) has exercised an SFr 38m ($US 37.3m) option with a German consortium of Windhoff and Dräger Safety for three additional self-propelled firefighting and rescue trains (LRZs), which will be delivered by the end of 2018. 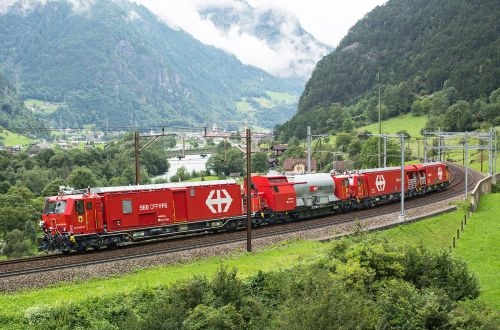 The trains will be centrally stationed to serve three areas: one in Geneva to serve the new Ceva line and the region around Lake Geneva; one at Melide for south Ticino and the Ceneri Base Tunnel; and one at Brig for the Lötschberg Base Tunnel, the Simplon line and the canton of Valais. Each will have its own crew, ready to move off within a few minutes at any time.

Each fire-fighting unit consists of a rescue vehicle, a tank wagon and an equipment vehicle. It can travel up to 100km/h and is powerful enough to rescue a 1600-tonne train. The driver's cab and rescue vehicle, which can accommodate up to 60 people, are equipped with an independent air supply system and equipment for up to 23 firefighters. The tank wagon holds 50m3 of water and 1800 litres of foam extract. The rescue and firefighting equipment vehicles each have their own diesel engines enabling each unit to operate independently as required.

The order is an option from a contract for eight LRZs which was awarded in 2012.