THE Scottish government is to develop plans for a new 225km/h railway between Edinburgh and Glasgow which could reduce journey times between Scotland's two largest cities to less than 30 minutes within 12 years. 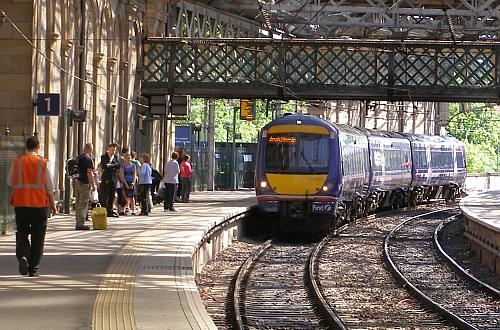 Deputy first minister Mrs Nicola Sturgeon announced on November 12 that the government is "firing ahead" with plans to complete the line "by 2024", although no details have yet been revealed on how much the project might cost.

Scotland's transport minister Mr Keith Brown is due to meet Britain's Secretary of State for Transport Mr Patrick McLoughlin in the coming weeks to discuss how Scotland can be involved in the extension of High Speed 2 further north, although the Scottish government is keen to develop plans for the section of the route under its jurisdiction.

"We will not wait for the British government to bring high-speed rail to us," Sturgeon says. "We have already made moves towards a high-speed line in Scotland and the evidence is now in place that this is feasible long before the HS2 proposals. We will now enter talks with our partners in both cities and in the rail industry to see how we can work together to realise this vision."

The announcement comes just three months after the Scottish government cut £350m from the £1bn budget for Edinburgh-Glasgow Improvement Programme (EGIP) to fund road projects. This saw the scrapping of capacity enhancements that would have allowed the operation of two additional trains per hour between Edinburgh and Glasgow and the indefinite postponement of electrification from Greenhill Lower Junction to Stirling, Alloa, and Dunblane.

It is also unclear what impact the outcome of Scotland's looming referendum on independence might have on the high-speed proposal.