The Russian manufacturer reports consolidated revenue of Roubles 106bn for the year. 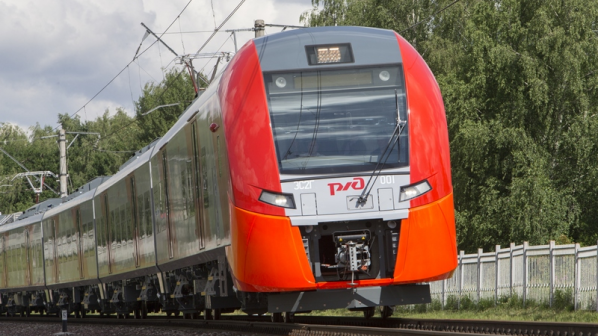 STM reports that it has improved its position as a supplier of industrial locomotives, providing 62 diesel locomotives to the metal, coal, chemical, oil and gas sectors, a 50% increase compared with 41 in 2019. STM credits the increase to federal subsidies, improvements to product quality and delivery schedules.

The company also reported significant improvements in efficiency, with a 22% reduction in customer lead times and over 90% of all products being delivered on time.

STM says that it has managed to sustain order volumes with its key client, Russian Railways (RZD), through active negotiations despite the economic uncertainty of the past year.

STM expanded its business through several acquisitions in 2020, including the purchase of a 49% stake in rolling stock manufacturer Vagonmash in July, as well as the acquisition of rail welding and grinding company RSP-M.

STM Trading House, a joint venture of STM and Skoda Transportation, was awarded a Roubles 11bn contract for the supply of 90 low-floor LRVs by Moscow light rail operator Mosgortrans in October.

STM expanded its international exports, signing foreign contracts with a combined value of approximately €90m. This includes three contracts with Indian Railways (IR) for the supply of 24 track maintenance machines, including 19 ballast regulating machines under a contract awarded in August. STM also carried out a range of existing contracts, including the delivery of eight TEM9 and TEM7A diesel locomotives to Kazakhstan.

STM forecasts further potential growth in its share of the urban public transport market over the coming year, citing a large-scale government programme to improve public transport in Russia.

The April 2021 edition of IRJ will feature an exclusive interview with STM CEO, Mr Viktor Lesh.