THE prime minister of Slovenia Dr Miro Cerar and minister of infrastructure Dr Peter Gašperšič officially launched a project to upgrade the Zidani Most - Celje section of the Ljubljana - Maribor - Graz corridor on January 31. 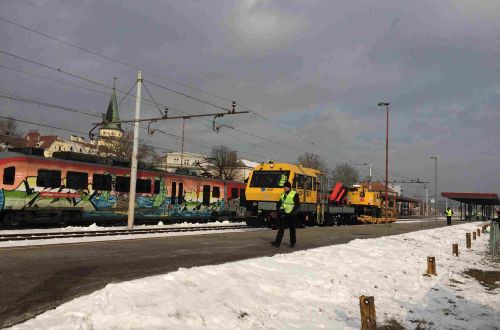 The 26.2km line is part of the route from the Adriatic port of Koper to the Austrian border, but is currently considered to be a bottleneck limiting both capacity and performance.

In addition to reducing journey times, the project will increase line capacity from 328 to 354 trains per day, while annual freight capacity will rise from 20.57 million tonnes to 24.41 million tonnes. The line will be resignalled and level crossings will be eliminated, and the maximum axleload will be increased to 22.5 tonnes.

Stations at Celje, Laško and Rimske Toplice will be upgraded to provide level boarding and 3.5km of noise barriers will be installed alongside the line.