AFTER a four-year hiatus, Slovenia is set to restart construction work on the second line between Divača and the Adriatic port of Koper. 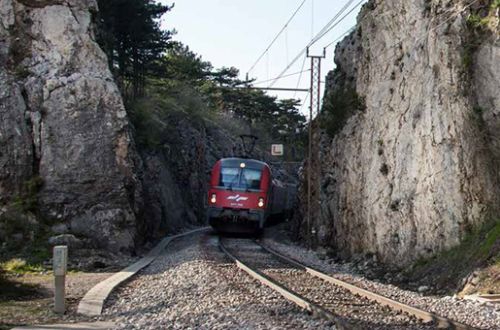 The resumption of works follows the entry into force of a special law, following its publication in the Official Gazette of the Republic of Slovenia. The law was adopted by the National Assembly in May 2017, and citizens voted in favour of the project in two referenda.

Besides the legal framework, the project has also been issued a building permit and a project council has been established that, for the first time in Slovenia, will provide civil oversight of a large infrastructure project.

Slovenia’s state secretary for infrastructure, Mr Jure Leben, said that a contract has already been signed with civil works contractor 2TDK for the construction of access roads. He added that the second line is currently the country’s largest infrastructure project.

Slovenia has secured €153m of non-refundable European funds and another €80m from the Cohesion Fund.

At 27.1km, the second line will be significantly shorter than the existing single-track line, which is a bottleneck on the core TEN-T network, impeding freight transport from the port in Koper.

The new line will also benefit passenger services, reducing the journey time between Divača and Koper from 48 minutes to 21 minutes, with trains operating at up to 100km/h.