Stockholm - Berlin will start on May 5; Sweden - Austria service postponed until 2022. 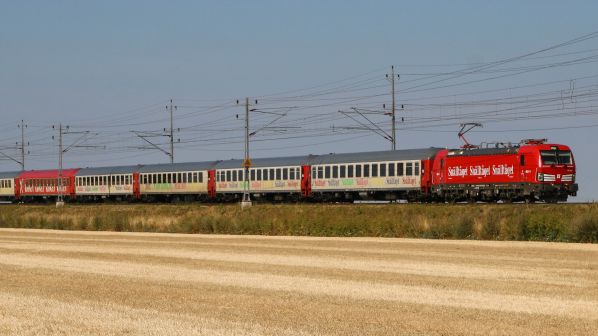 The Stockholm - Malmö - Copenhagen - Hamburg - Berlin service has been postponed until May 5 due to the Covid-19 pandemic. The service is currently scheduled to run until September 29. However, Snälltåget is also investigating a potential extension until the end of October.

The service was originally planned to begin operation on March 27 and run until September 29 as an expansion of Snälltåget’s existing Malmö - Berlin overnight trains, which have operated since 2012. Malmö - Berlin services were suspended in June 2020 due to Covid-19 restrictions in Germany and the suspension of the Trelleborg - Sassnitz train ferry service.

Snälltåget has also postponed the launch of its new overnight Stockholm - Malmö - Zell am See service between Sweden and the Austrian Alps until 2022.

The service was originally scheduled to launch this year and would have operated for six weeks between February and March. A place in a standard six-berth compartment will cost SKr 2500 ($US 268) per passenger.

The train is intended to provide a low-carbon alternative for tourists visiting the Alps, and is planned to connect with eight additional ski resorts from Zell am See: Obertauern, Hinterglemm, Wagrain, Bad Gastein, Ischgl, St. Anton, Solden, and Schladming.