SNCB seeks to cut energy use as bills soar

Operator focuses on reducing energy consumption in buildings and installations rather than cutting rail services. 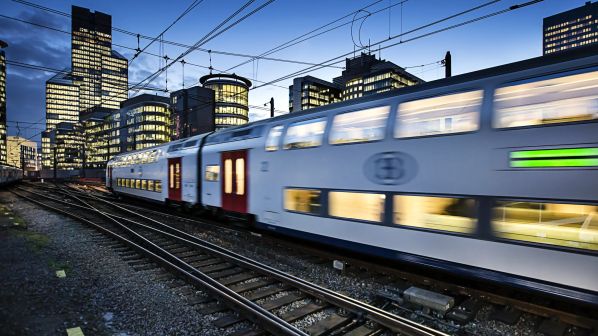 SNCB says energy mitigation measures will reduce gas and oil use by 7.5% and electricity consumption by 3%.
Photo Credit: SNCB

SNCB says it is in discussion with government over possible compensation for these additional costs. However, it is also looking at where it can reduce consumption. Rather than cut its service offer, SNCB says it is focusing efforts on reducing energy consumption at its buildings and installations.

For example, SNCB will set the heating level at 19°C in all of its office buildings while the temperature in train workshops and at depots will be 1°C lower. Heating and cooling systems will be switched off in hallways and areas that are not in use while two office buildings at Brussels-South station will no longer be used with the employees concerned transferred to other areas.

In addition, SNCB says lighting in office buildings will be optimised while employees are being asked to pay extra attention to the unnecessary use of heating, cooling, lighting and elevators.

At stations, heating in waiting rooms will be limited to 15°C while lighting will be reduced by 10% overall, mainly between 01.00 and 04.00. In addition, lighting of station building facades and car parks will also be reduced. SNCB says safety of passengers and employees is taken into account with the lighting dimmed rather than switched off.

SNCB estimates that these measures will result in a 7.5% decrease in oil and gas use and 3% reduction in electricity consumption.

The operator points out that efforts to reduce energy use are not new. Since 2005, it has reduced the energy consumption in buildings and fixed installations by 20% overall. Electricity use for rail operations has also fallen by more than 10% in recent years and energy-efficient driving has been emphasised in training of drivers since 2019. “The train driver is shown on his or her tablet during the train journey how and when the train can best be accelerated or slowed down in order to drive as energy-efficiently as possible,” SNCB says.

The introduction of new M7 double-deck EMUs will also offer improved energy efficiency due to the use of LED lighting and regenerative braking on these vehicles.

SNCB is aiming to reduce CO₂ emissions from train operations by 15% in the next five years and 25% within 10 years compared with 2019. It also plans to install LED lighting in all stations, offices and workshops by 2032, introduce more energy efficient heating systems, and increase the amount of sustainable energy it produces from solar farms from 6GWh to 10GWh in the “short-term.”

Nevertheless, the operator says it is impossible to compensate for the rapid increase in energy costs entirely and is seeking to reach a compensation agreement with government.