SNCF counts the cost of 2018 strikes

THE full impact of last year’s strikes on French National Railways’ (SNCF) financial performance was laid bare on February 28 with the publication of the group’s annual results. 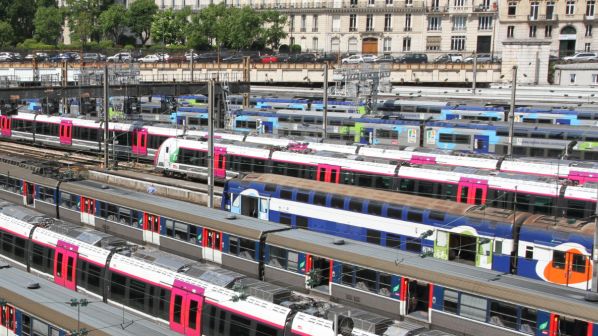 SNCF calculates that 39 days of stoppages between March and June cost the company €890m in lost revenues.

Ebitda declined 15.3% to €4.02bn, representing 12.1% of group revenue. SNCF calculates the strikes shaved around €770m off its 2018 Ebitda, equivalent to around €20m per strike day. SNCF says the group “successfully used rigorous management to limit the impact of the strikes on Ebitda.”

Full-year net profit fell by more than 90% from €1.5bn to €141m. SNCF says this reflects variation in the value of assets in its high-speed fleet (+€3.2bn) and rail infrastructure (-€3.4bn). Capital gains from the sale of a real estate subsidiary also generated €766m. Excluding exceptional accounting items, recurring net profit plunged from €849m in 2017 to a loss of €214m last year.

Group investment reached a record €8.9bn, including €5.1bn from SNCF’s own funds. More than 90% of the total was spent in France and SNCF Mobility took delivery of 115 new trains (including two for Eurostar).

The low-fares high-speed Ouigo network continued to expand with a 38% increase in ridership in 2018. Ouigo carried 12 million passengers and served 28 destinations in 2018. Passenger numbers reached 7.5 million on Thalys services from France to Belgium, the Netherlands and Germany, a 4.7% year-on-year increase, while Eurostar ridership grew by 5.7%, with a 10% rise in sales.

Infrastructure manager SNCF Network invested €5.1bn, including €3.4bn on the modernisation of the suburban network in the Ile-de-France region around Paris, safety enhancements, and accessibility improvements for people with reduced mobility.

SNCF says 2019 will be a year of transition for the group as the government’s programme of rail reform becomes a reality. Group commitments for this year include:

A new smartphone-based personal mobility assistant will be launched with the objective of offering customised, door-to-door mobility at the best quality:price ratio.

SNCF’s digital transformation programme will continue and the company aims to generate more than €700m in savings in 2019 through cross-business, industrial and commercial performance plans aimed at increasing productivity and cutting costs.

International business will account for more than a third of group revenue in 2019 and SNCF anticipates strong growth for Thalys and Eurostar. Investment from all sources will exceed €10bn for the first time, with more than €9.5bn directed at rail and recruitment will be maintained at 2018 levels.

SNCF will also lay the ground for rail reform in 2020, with the negotiation of a new collective agreement with all rail operators in preparation of the opening of regional and high-speed markets to competition.

SNCF has also committed to eliminating diesel traction by 2035, and will continue its work on the development of hydrogen trains. The group aims to be completely emission neutral by 2050.