FRENCH National Railways (SNCF) has drawn up an action plan to improve train punctuality in Normandy. 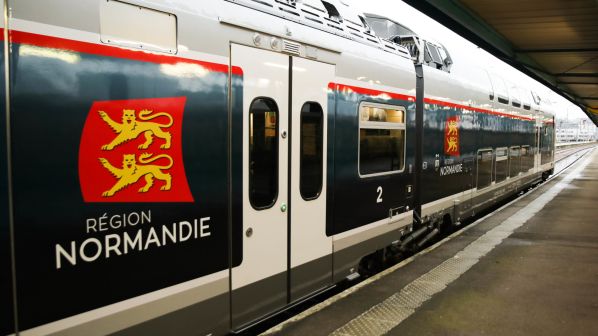 The action plan was presented by SNCF’s president, Mr Jean-Pierre Farandou, to Mr Hervé Morin, president of Normandy, on October 22, following complaints about the poor reliability of Normandy’s regional passenger service operator Nomad and a threat by the regional council to withhold subsidies.

Under the plan, SNCF will transfer three TGV Atlantique sets to the Paris - Le Havre route for seven months from November to ease the situation. SNCF will also increase staff numbers at maintenance depots as Corail stock and locomotives will be retained in service longer than planned. Extra SNCF staff will also help to put the new trains into service as fast as possible.

SNCF has appointed a director of production for Nomad trains and is taking action to improve information both internally and to passengers.

Infrastructure manager SNCF Network has offered a guarantee that overnight maintenance work will not overrun, as well as carrying out an inspection of trackside vegetation, to ensure that the potential for delays is minimised.

A performance contract is being drawn up for SNCF and the Normandy region, which will be signed in the next few weeks.

The plan is intended to address problems caused by delays to the delivery of the region’s new fleet of Omneo Premium EMUs by Bombardier. Only nine trains are in service as of October, compared with the 25 expected.

Issues are particularly bad on the Paris - Rouen - Le Havre and Paris - Caen - Cherbourg lines, which are still operated using 1980s Corail locomotive-hauled trains. Seven Corail sets are currently out of service due to accidents and the Covid-19 pandemic, resulting in short trains and cancellations.