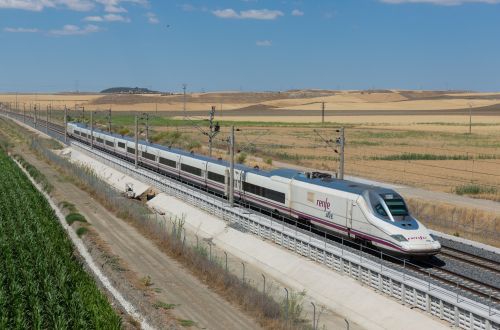 Táboas obtained postgraduate diplomas in in public administration management at Esade and in marketing management at Eada. He was secretary of state for transport between 2010 and 2011, general secretary of the presidency of the Generalitat de Catalunya between 2006 and 2010 and director of the cabinet of the minister of industry between 2004 and 2006. He was also director of communication and institutional relations with Renfe and delegate of patrimony and urbanism in Catalonia and Aragon between 1991 and 1996.

Pardo is a civil engineer from the University of A Coruña, and has completed training in management development programmes at business schools and infrastructure management.

After working mainly in the private sector in engineering and consultancy on railway infrastructure and road projects, she joined Adif through the Public Employment Offer of 2007. Until 2015 she held successive positions in construction management, and was then head of infrastructure and area manager in the construction of the Madrid - Galicia high-speed line.

At the end of 2015, Pardo requested a leave of absence in Adif and was appointed director of Mobility and Infrastructure of the Diputación de Pontevedra. In June 2016, she re-joined Adif, combining the positions of director general of operations and construction of Adif and director general of Adif Alta Velocidad.