THE Spanish Government last week confirmed details of its plans for the initial opening of the long distance passenger rail market, announcing that a single company will be allowed to compete against Renfe on a single group of lines for at least seven years. After this period, only those specific lines will be fully-opened to competition. 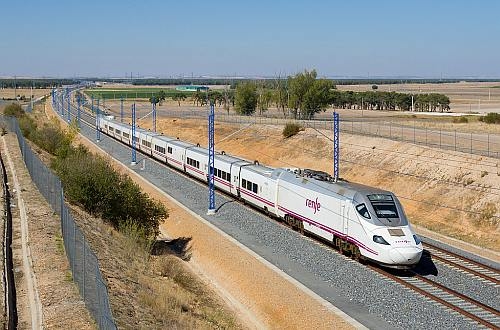 In a press conference after the weekly cabinet meeting, transport minister Mrs Ana Pastor said that a tendering process will be launched to choose the company which will be allowed to run services over the conventional and high-speed networks in the routes connecting Madrid with key Mediterranean destinations such as Valence, Alicante, Castellon or Murcia.

Regulations for the tendering process will be issued in the next few months and according to Pastor the guidelines will "guarantee effective competition among operators." However, the transport minister refused to be drawn on which factors would be evaluated or the timeline for the process, meaning the exact date when Renfe will lose its monopoly in Eastern Spain remains unclear.

Under the new arrangement, the winning bidder would choose "freely" which cities to serve and the routes to be used from those proposed by the government. Currently three different lines connect Madrid with the Mediterranean coast, two conventional routes through Albacete and Cuenca, and the Y-shaped high-speed line which connects Madrid with Valence and Albacete, which the government plans to extend to Murcia next year.

Figures released by the government show that rail currently has a modal share of less than 25% on the Madrid – Valencia line, with 1.7 million passengers per year, and this is despite the opening of a high-speed line in 2010 which has reduced the journey time between the two cities to just 1h 30min. Around 3.8 million people travel between Madrid and Valencia by car each year, a modal share of 55%.

The winning bidder is expected to lease its trains from Renfe's rolling stock leasing subsidiary, which will have an initial fleet of 19 high-speed trains along with conventional passenger stock.

These will include seven 300km/h class 100 sets which entered service in the 1990s on the Madrid – Seville high-speed line, and 12 250km/h dual-gauge class 120 sets introduced in 2006. The total public investment in these trains was around €400m (inflation adjusted).

Conventional stock also owned by Renfe's leasing subsidiary includes 22 DMUs, 17 of which have been in service since 1984, 10 class 490 EMUs dating from 1999, and two Talgo IV sets introduced in the early 1980s. It also has 37 electric locomotives and 12 diesel locomotives.

Several private companies have expressed an interest in running passenger services in the Spanish market and some have been granted operating licenses. They include National Express subsidiary Alsa; Veloi Rail, a company funded by Spanish entrepreneur and owner of the Planeta publishing group Mr José Manuel Lara; long-distance bus operators Interbus and Avanza; and Continental Rail, a subsidiary of construction company ACS.