335m bore on new alignment between Divača and Koper. 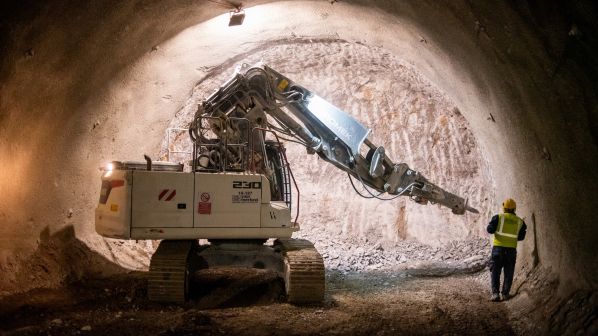 CIVIL engineering contractor Yapi Merkezi has completed the breakthrough of the 335m Stepani tunnel on the new alignment that will provide a second track on the route between Divača and the port of Koper in Slovenia.

Yapi Merkezi began work on the tunnel in September, as part of a consortium led by Kolektor CPG of Slovenia and also including Özaltin of Turkey.

The consortium has been awarded two contracts by state-run project company 2TDK to build the new alignment, worth €224.7m and €403.6m respectively.

The project will involve the construction of seven tunnels with a total length of 37km by 2024, with the longest being 6.7km long, according to Kolektor CPG. The first tunnel breakthrough on the route took place in June.

To monitor construction work in demanding terrain, Kolektor CPG has set up an online platform that provides support for paperless reporting, electronic forms and communication between all project partners.

The aim is to provide obtain one central source of information and documentation to accelerate processes and improve the transparency of work flows, activities and tasks. The platform enables all participants to access plans and 3D models at any time using a mobile phone or tablet.

Meanwhile, 2TDK has received a single bid for the contract to deliver railway and tunnel systems for the Divača - Koper project.

The €198.5m bid has been submitted by a consortium of Zeleznisko Gradbeno Podjetje, Kolektor Koling and YM Construction.