Operators suspend services as high winds cause damage to infrastructure. 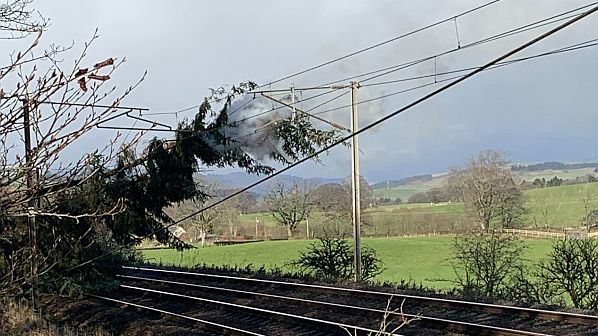 SEVERE weather caused the cancellation of train services in Britain, France, the Netherlands, Belgium, Germany and Denmark on February 17 and 18, with delays and cancellations expected to last into February 19.

British infrastructure manager Network Rail reported several line closures due to fallen trees, damaged infrastructure and debris landing on the railway during the storms, which brought high winds and heavy rain. Many operators had already planned to reduce service levels, while a decision to suspend services in both Wales and Scotland had already been made.

In the Netherlands, infrastructure manager ProRail announced that from 14.00 on February 18, no domestic services would operate, and that virtually no international trains would operate. Eurostar services to Britain were also suspended. ProRail said the decision was made as a precaution.

In Denmark, Banedanmark announced that large parts of the country’s rail system would be suspended from 21.00 on February 18 until noon the following day. Trains in Central and Northern Jutland and on the Copenhagen S-Bahn were due to operate as usual.

French National Railways (SNCF) cancelled all regional services in northern France as a precaution due to the high winds. The Paris - Lille high-speed line was expected to remain operational albeit with trains operating at reduced speed.

German Rail (DB) suspended many long-distance services in seven states while Belgian National Railways (SNCB) suspended services in the Flanders region of Belgium between 14.00 and 18.00 on February 18, with reduced speeds introduced on the rest of the country’s rail network.

Britain was also affected by severe weather on February 16, with parts of the railway closed as a precaution. Most services in Scotland were suspended that day, with only a few lines in the far north remaining open, although these operated at reduced speeds.