SWITZERLAND’s federal council decided at a meeting on September 29 to propose a rail infrastructure investment budget of around SFr 11.5bn ($US 11.9bn) for the period to 2035, with the aim of adapting the network to high forecast growth. 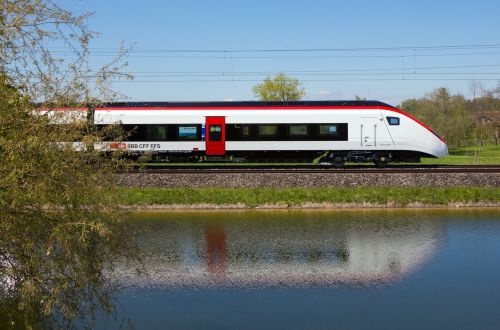 Objectives of the proposal include relieving congestion on the busiest routes, encouraging private railways to expand and creating an express east-west rail freight corridor.

Around 200 infrastructure projects are covered by the proposal. Major schemes include the Brüttener tunnel between Zürich/Winterthur and expansion of the station at Zürich-Stadelhofen, which have a combined cost of SFr 4bn, and the SFr 2.2bn second phase of the Zimmerberg base tunnel.

Also on the list are expansion of the line south of the Jura between Yverdon, Lausanne and Geneva, and modernisation of the Neuchatel - La-Chaux-de-Fonds line.

In addition, a number of mainly medium-sized stations will be upgraded to accommodate higher passenger numbers and provide barrier-free access for passengers with reduced mobility.

With these improvements, a 15-minute frequency can be provided between Zürich and Berne, and a half-hourly service on other busy routes such as Basel - Biel, Berne - Interlaken and Lucerne - Engelberg.

Freight will also benefit with additional tracks to relieve congestion and new terminals and marshalling yards to alleviate bottlenecks and improve productivity.

However, some projects, seen by some interest groups as equally important, will have to wait until the next phase of investment. These include completion of track-doubling in the Lötschberg base tunnel, the proposed cross-city link in Basle, and the reconstruction of the terminus at Lucerne as a through station.

The programme will be financed through the Swiss Rail Infrastructure Fund (BIF). An alternative proposal to spend SFr 7bn by 2030 was rejected by the federal council on the grounds that it would only solve some of the existing and foreseeable bottlenecks in system, and was deemed significantly less effective than the SFr 11.5bn variant decided on.

The council’s proposal now enters the consultation stage and is due to be put before parliament at the end of 2018.