Three operators are taking over Abellio’s contracts in North Rhine. 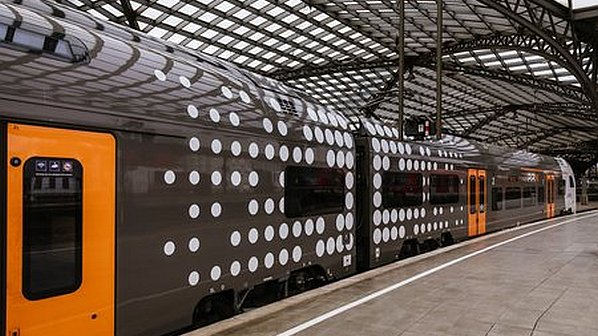 A transitional timetable with a temporary reduction in service levels has been created to enable a smooth transition of Abellio Rail operations in the North Rhine-Westphalia to DB Regio, National Express and Vias Rail from February 1.

This reduction will enable staff to be trained on systems used by their new employers and to receive new work equipment, while 120 multiple units will also be adapted and prepared for the new operators.

The changes to timetables were introduced incrementally on January 8, 10 and 17 with the final reduction expected to take place on February 1. These will last until February 27 and there are plans to reinstate the service to previous levels.

Locomotive hauled trains were introduced on the RB40 Essen - Hagen route, while the RE49 route was discontinued. The RB46 Bochum - Gelsenkirchen service was replaced by a rail replacement bus service from January 17, with the RE16 and RB91 routes to follow between Letmathe and Iserlohn from February 1.

Locomotive hauled trains are also being introduced on the Rhein Ruhr Express operating every two hours between Essen and Kassel, while the RE11 service between Düsseldorf and Essen is being discontinued from January 17. However, there remains parallel traffic on the RE1, RE2, RE6 routes and other lines.

A reduction in service frequency began on January 17 on the S7 route with two trains per hour operating instead of three. From the same date the RB35 route was discontinued, with parallel services available on the RE3, RE42, RB32 and RB 33. Additional peak period services between Emmerich and Düsseldorf were cancelled from January 17.

Regional transport authorities Rhine-Ruhr Transport Association (VRR), Westfalia-Lippe Local Transport (NWL) and Rhineland Regional Transport Association (NVR) confirmed in late-December that all of the emergency contracts would run until December 2023 utilising train fleets owned by the transport authorities concerned. Work on the long-term tender process for the period beyond December 2023 is underway.

The three new operators are working together to keep traffic stable. Overall, the service volume is 21 million train kilometres per year spread over five networks. Since the start of the year more than 1000 employees have transferred to the new operators. Vias has taken over the maintenance operations at Duisburg and Hagen depots.