THE remaining two shortlisted bidders for the West Midlands passenger rail franchise have been invited by the Department of Transport (DfT) to submit bids by November 29 for the new franchise which starts in October 2017. 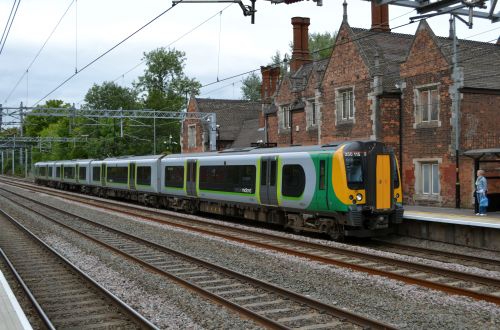 The specifications for the franchise have been drawn up jointly by the DfT and West Midlands Rail (WMR) which was set up by 14 local authorities in the West Midlands region. WMR will also be involved in managing the new franchise.

Bidders are expected to offer more than the minimum specifications for the franchise which include:

- the introduction of longer trains to accommodate 20,000 additional passengers into London and Birmingham during the morning peak
- a new hourly-interval service between Birmingham, Stafford, Stoke-on-Trent and Crewe
- a new peak-time service from Walsall to London
- more trains on Sundays by 2021, and
- additional evening services in the Birmingham area.

The West Midlands franchise is currently operated by London Midland, a joint venture between Go-Ahead (65%) and Keolis (35%). The franchise carries around 64 million passengers per year and covers an 867km network with 146 stations, encompassing suburban and regional services radiating from Birmingham as well as suburban, regional and inter-regional services from London Euston to Milton Keynes, Northampton, Birmingham, Crewe, and Liverpool via the West Coast Main Line. London Midland has operated the franchise since November 2007 and was awarded a two-year interim franchise last December.