GREECE marked a milestone in the extension of the standard-gauge network on the Peloponnese peninsula on April 17, when minister of infrastructure, transport and networks, Mr Christos Spirtzis, joined the first test run on the Kiato - Rodofani section of the new Corinth - Patras line. 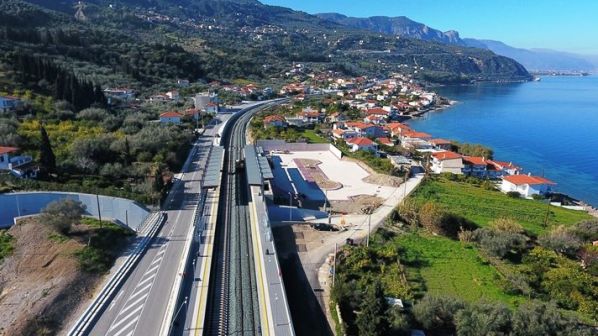 The 72km double-track section has been built for 200km/h operation and includes 14 tunnels with a total length of 12.7km as well as eight stations, 19 bridges, 63 underpasses and 10 overpasses.

Thales is supplying its Altrac ETCS Level 1 solution as well as power systems, hotbox detectors, and cabling under a contract awarded by infrastructure manager Ergose in 2014. Thales is also responsible for the installation and commissioning of telecommunications systems.

Spirtzis said that a contract for electrification of the line will be signed in the coming weeks. The work will take around a year-and-a-half to complete.

The new line replaces the central section of the metre-gauge Corinth - Patras line, which closed in December 2010.

The Corinth - Kiato standard-gauge line opened in July 2007 and is served by trains from Athens Airport.