GERMAN Rail (DB) has confirmed that catenary will be energised on the Erfurt – Leipzig/Halle high-speed line (VDE8) on August 25 in readiness for the start of test operation on the 123km route at the end of this month or early next month. 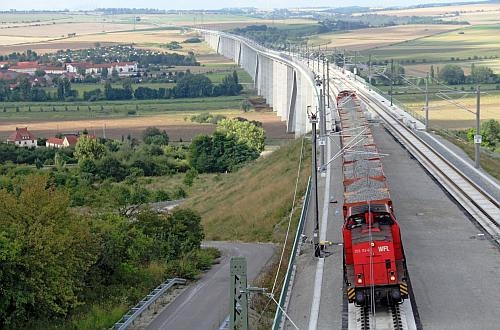 The line has three tunnels totalling 15.4km and six viaducts totalling 14.4km, including the €150m Saale-Ester viaduct which at 8.1km is the longest bridge in Germany.

Around 2750 catenary masts have been erected since last year and traction power is supplied by three substations with a capacity of 15MW.

The line is designed for 300km/h operation with the exception of the existing Gröbers – Leipzig section, where the maximum speed is 160km/h.