MR Vincent Ducrot took office as CEO of Swiss Federal Railways (SBB) on April 1 when the coronavirus crisis had already taken a firm hold. This is just one of his problems, as he pointed out at his first press conference on July 3. 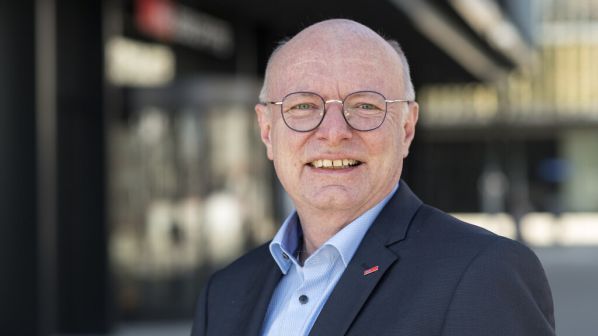 The company expects to report losses of hundreds of millions of francs for the current year and has raised its credit level to SFr 750m ($US 796m) in case of emergencies. How the situation stabilises remains unclear, but Ducrot is working on it. He told the press conference that he is confident that things will return to normal despite SBB running at only two-thirds of its usual capacity at present.

Ducrot highlighted plans for general improvements to services and to increase reliability by offering more punctual, more stable and more productive services, with the aim of improving the level of customer satisfaction. In his first three months in office Ducrot says he has talked to many employees from managerial level to those on the ground and found a high level of commitment.

“We owe them a great deal of gratitude for their commitment to their company,” he commented. However, he says from an operational point of view there is a lot to improve. “Our rail system is not robust enough and is reaching its limits,” Ducrot says, adding that SBB has too few reserve trains and too little has been invested in maintaining the fleet.

To correct this, he plans to invest more in fleet maintenance and to increase the rolling stock acquisition budget to SFr 1.3bn, up from SFr 1bn at present. There are also plans to improve the coordination of work on the line following recent difficulties with project management on construction sites in the past year.

SBB is also planning to employ more staff. This is particularly urgent in the case of drivers: Ducrot is aiming to have 340 drivers in training this autumn, representing about 10% of the total. They will be trained to operate on more routes and train types, making their deployment more flexible.

Other improvements include expanding international rail services, among them daytime connections to Germany and more sleeper services to Austria in collaboration with Austrian Federal Railways (ÖBB). Station services such as ‘Park and Rail’ and toilet facilities are also set to be improved.

In addition, Ducrot recognises the importance of SBB Cargo, which is playing a vital role in supplying Switzerland with goods during the coronavirus crisis as well as in carrying international freight in line with Switzerland’s policy of reducing lorry traffic.

Ducrot anticipates that it will take two or three years for traffic flows to return to 2019 levels. He is well aware of the importance of the company’s employees, and “we” is an important word for him: “We are 33,000 people, and we are one SBB.”