THE municipal government of The Hague and Arriva have abandoned plans to launch an open-access cross-border service linking the Dutch city with Brussels, which was due to begin operating in December 2015. 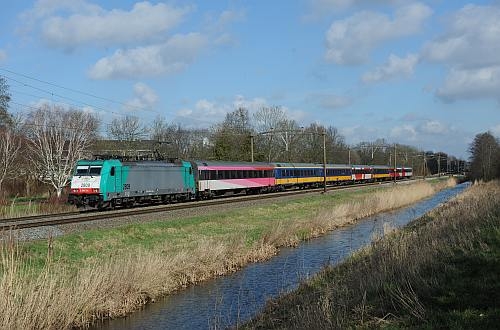 The Hague's councillor for transport Mr Peter Smit said that the municipality had found it impossible to set up the service, dubbed Lage Landen Lijn (Low Countries Line), which would have offered an alternative to Thalys and NS International services.

The main reason for the cancellation is reportedly difficulties finding viable train paths for the service, particularly on the congested section between Brussels North and Brussels South. Other reports in the Dutch press also suggest the service does not have the support of the Dutch Ministry of Infrastructure.

Proposals for the Lage Landen Lijn emerged as a result of dissatisfaction with the now-withdrawn Fyra service, which left The Hague without any international trains to Belgium. The tendering process was managed by The Hague Trains Holding, a limited company registered in the Netherlands which is wholly owned by the municipality of The Hague, with Arriva shouldering all of the financial risk.

Following the collapse of Fyra, a cross-border service was reintroduced but this is considerably slower than the Benelux service superseded by Fyra in December 2012.