Trenitalia is planning to launch Italy-France high-speed services after its ETR 1000 fleet was approved for operation in France on June 28. 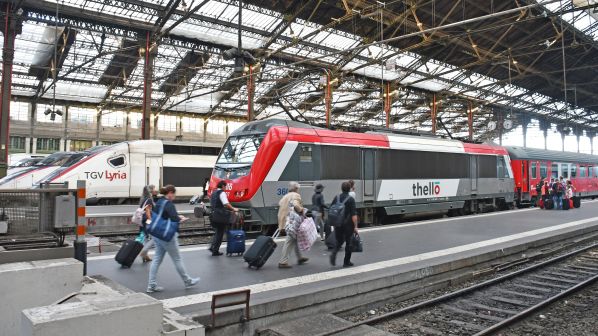 The Paris - Venice overnight train was suspended on March 10 2020 due to the Covid pandemic and was officially wound up on July 1. The daytime Milan - Genoa - Nice - Marseille train was also officially withdrawn on July 1, having already been reduced in frequency and cut back to operate only between Milan and Nice. The last trains actually ran between Milan and Nice on June 29 and Nice - Milan on June 30.

The withdrawal is in line with Italian State Railways’ (FS) strategic decision to focus on high-speed services in France and pull out of both Paris - Venice and Milan - Marseille conventional services. Trenitalia ETR 1000 high-speed trains were authorised for use in France on June 28 but launch dates for a twice-daily Milan - Paris service have slipped because of the pandemic. FS confirmed in 2018 that it is also interested in operating domestic services in France such as Paris - Bordeaux as well as Paris - Brussels.

Thello was created in 2010 by Trenitalia and Veolia Transport (which later became Transdev) after French National Railways (SNCF) decided to pull out of operating Paris - Italy overnight services in partnership with Trenitalia.

Thello relaunched a Paris - Milan - Venice service in 2011 then added a Paris - Florence - Rome train in 2012. The latter service was withdrawn in December 2013 due to uncompetitive journey times. In December 2013 Thello launched a daytime service from Milan to Nice by extending existing trains from Milan to Ventimiglia. In 2014 the service was increased in frequency and one daily train extended to Marseille.

Trenitalia became the sole holder of Thello in 2016 after Transdev pulled out.