THELLO, the French subsidiary of Trenitalia, has announced plans to launch high-speed services in France in direct competition with French National Railways (SNCF). 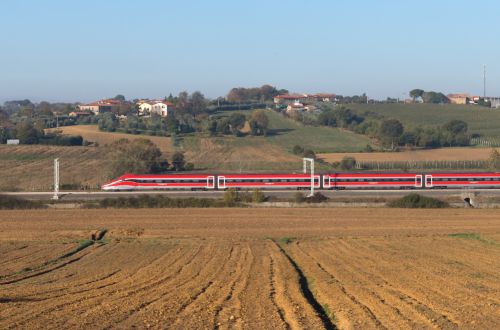 Thello’s CEO Mr Roberto Rinaudo told journalists at a press conference at Paris Gare du Lyon on March 21 that it intends to introduce its first high-speed services by 2020 and is targeting the Paris - Milan and Paris - Brussels routes. Thello is also looking to compete with TGVs on domestic routes, starting with Paris - Bordeaux.

Rinaudo says Thello has already begun booking train paths for the first of its proposed services.

“We have experience of competition, and we intend to strengthen our position as the first alternative operator,” Rinaudo says.

Thello hopes to emulate the effects of liberalisation of the high-speed market in Italy, where competition has reduced fares by 25%. “We want to provide a different offer, advocating quality of service and lower prices,” says Thello’s marketing and sales director Mr Fabrice Toledano, who describes the opening of the French market as “a great opportunity.”

Thello was launched in December 2011 as a joint venture between Trenitalia and Transdev and operates overnight Paris - Venice trains as well as daytime Milan - Nice - Marseille services. Transdev subsequently withdrew from the partnership and sold its 30% stake to Trenitalia in September 2016.