ARRIVA Nederland has decided to postpone the introduction of a new passenger service linking Aachen, Germany, Heerlen and Maastricht in the Netherlands, and Liège, Belgium, which was due to start on December 9, because the tri-voltage Stadler Flirt 3 EMUs ordered for the route have not been approved for operation in Germany and Belgium. 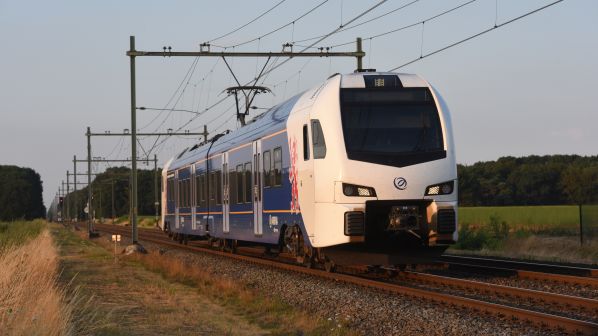 Arriva Nederland says that delays to the completion of electrification on the Dutch-German cross-border section delayed trial operation, which in turn has left too little time to obtain a Supplementary Authorisation to Place in Service (SAPS) from the German Federal Railway Authority (EBA). As a result, passengers will be transported by bus between Heerlen and Aachen.

Meanwhile the Belgian National Rail Safety Authority (DVIS) has not granted a SAPS for the trains because they have not been equipped with ETCS, even though the Flirt 3s are fitted with the class B train protection systems currently used in the three countries.

Although testing is continuing with the new trains a on the newly electrified link between the German and Dutch border stations of Herzogenrath and Landgraaf, it is not known yet when the Aachen - Maastricht - Liège service will start.

NS will continue to operate the existing Eurobahn service in cooperation with DB Regio between Heerlen and Aachen using class 643 Talent DMUs until the start of the new timetable on December 9.

Electrification of the 6.5km cross-border section between Landgraaf, Netherlands, and Herzogenrath, Germany began in April.