The service will run between July 2 and August 14. 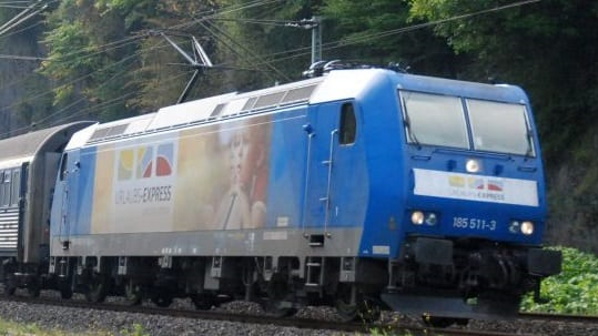 GERMAN operator Train4you has begun ticket sales for its summer overnight service from Lörrach, near Basle, Switzerland, to the Baltic Sea beach resort of Binz, Germany.

Northbound trains will run on Fridays and Saturdays between July 2 and August 13, departing Lörrach at 19.54, via Basle Bad at 20.06, to arrive in Ostsee Binz at 10.39 the following morning.

The train will also offer a motorail service between Lörrach and Hamburg-Altona.

The service, which will operate under the Urlaubs-Express brand, will offer a range of tickets for seating cars, couchettes and sleeping cars, with limited catering. The trains will draw on a fleet of around 70 second-hand vehicles acquired in 2015 by Train4you’s sister company MSM Group, which operates charter trains and open access services between northern Germany and the Alps.