NETHERLANDS Railways (NS) has appointed Dr Timo Huges as CEO following Mr Bert Meerstadt's decision to step down from the position on October 1. 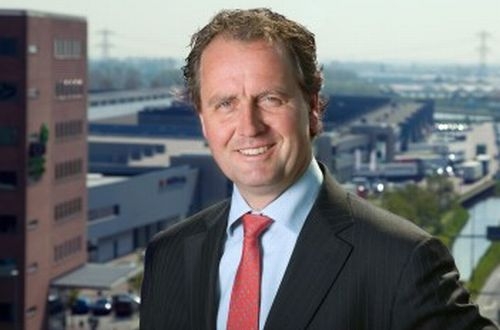 Timo Huges will take over as NS CEO on October 1.

Huges is currently chairman of Royal FloraHolland, a horticultural growers' cooperative, a position he has held since 2008. Prior to this Huges was managing director of Aalsmeer Flower Auction Cooperative. Huges, who studied business administration in Groningen, started his career with Royal Frans Maas Group, a transport and logistics company, where he remained until the company was acquired by DSV in 2006.

Meerstadt (pictured below) has been CEO of NS for 12 years. "We regret but respect the decision of Bert Meerstadt," says NS chairman, Mr Carel van den Driest. "During Meerstedt's tenure, not only did customer satisfaction and punctuality increase significantly, but sales and operating profit also rose sharply."

Referring to the problems with Fyra, Meerstadt says he wants to devote his remaining time to "finding a good transport solution between the Netherlands and Belgium on the high-speed line as agreed with the secretary of state. I see this as an important task that I want to finish. Then it will be time to hand over the baton to Timo."