SCOTLAND's Borders Railway project has celebrated a milestone with the laying of the first sections of track on the 48km line from Newcraighall, south of Edinburgh, to Tweedbank. 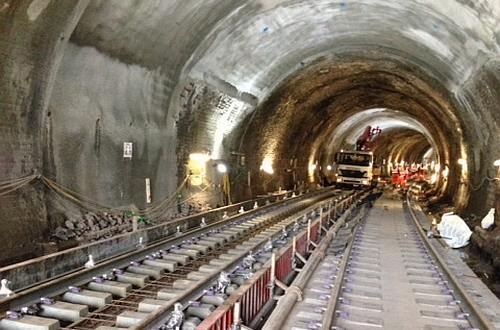 The first section to be completed is a stretch of ballastless slab track on the northbound line in the 200m Bowshank Tunnel near Galashiels at the southern end of the route. Infrastructure manager Network Rail expects to complete the southbound track in the tunnel over the next few weeks and conventional tracklaying will begin elsewhere on the line in the next few months.

The £294m non-electrified line is due to open in mid-2015, restoring rail services to an area isloated from the network since the closure of the Edinburgh – Carlisle Waverley Route in 1969.