SWEDISH transport authority Trafikverket has published a tender in the Official Journal of the European Union for a contract to operate international overnight trains from Malmö and Stockholm to the Denmark-Germany border. 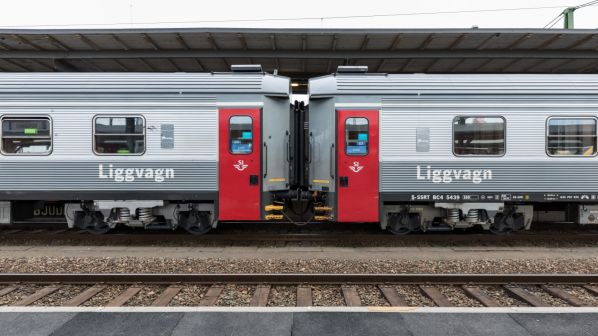 Under the direct award contract, the selected operator will have access to the route for four years from the planned start of operation on August 1 2022, with an option to extend for another two years until 2028.

However, Trafikverket reserves the right to suspend the procurement process if it is unable to negotiate the procurement of an extension from the Denmark-Germany border to the services’ final destinations - Brussels for the Malmö train and Hamburg for the Stockholm service - or if the complete journeys are not possible within the specified travel times.

Plans for the overnight services were approved by the Swedish government in July, with Trafikverket instructed to begin the procurement process.

The decision followed a previous announcement of a SKr 400m ($US 45.1m) investment by the Swedish government for the implementation of international night train services. The exact investment will be outlined in the autumn budget, which is due to be submitted to the Swedish parliament for approval no later than September 20.

Trafikverket will publish an initial report on its progress on January 1 2021, with the final report due no later than three months after the service has launched.

The plans have garnered criticism from private operator Snälltåget, which already operates an open-access service between Malmö and Berlin and plans to offer overnight trains from Stockholm – Malmö – Zell am See in the Austrian Alps from February 2021.

Snälltåget warns that the service’s competitiveness could be compromised by the launch of a publicly-funded service. The launch of a revised Malmö - Berlin service is currently on hold following the coronavirus pandemic. The operator is planning to reroute the service via Hamburg and extend it to Stockholm when relaunched next year.

The Association for New Rail Entrants (AllRail) has also criticised the move.

"Fair conditions must be created for private night train operators to enter the market," says AllRail secretary general, Mr Nick Brooks. "With the efficiency and innovation that competition induces, there will be modal shift to rail at night time. Not only will this benefit the EU Green Deal, but it will mean less reliance on taxpayer subsidy."