SWEDISH infrastructure manager Trafikverket submitted its Draft National Transport Infrastructure Plan to the government on August 31, marking the start of a three-month consultation on its spending proposals for 2018-29. 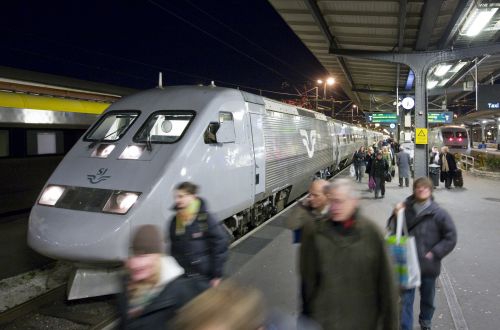 The objective of the plan is to create a robust and reliable transport system, with a focus on dgitalisation, automation, and sustainability, as Trafikverket works towards the government’s goal of reducing greenhouse gas emissions from domestic transport (excluding aviation) to 70% below 2010 levels by 2030.

The plan seeks an overall state contribution of SKr 622.5bn ($US 78.1bn) for Sweden’s road, rail, aviation and port infrastructure, including SKr 333.5bn for development of the transport system, SKr 125bn for operation, maintenance and renewal of railway infrastructure and SKr 164bn for maintenance of the road network. The headline figure represents an increase of around SKr 100bn compared with the current plan, although the figure includes some projects that will continue beyond 2029.

In addition to the funds it is requesting from the government, Trafikverket expects to accrue a further SKr 90bn through road congestion charging, track access charges, and co-financing.

The plan allocates around SKr 280bn for rail investment and maintenance, with a 47% increase in maintenance spending. According to Trafikverket this will result in a “more reliable and robust railway system with less disruption,” halting the deterioration in infrastructure quality that has occurred on parts of the network. “A sharp increase in maintenance spending means we can now restore the railway’s functionality, which will be positive for commuter and freight traffic,” Erixon says.

Renewal of signalling systems will continue with the rollout of ERTMS, which will cover most of the network by the end of the 2020s. To facilitate this, Trafikverket says it will investigate the possibility of co-financing the installation of onboard equipment, in addition to existing European Union funding.

A new telecommunications system will be introduced from the mid-2020s onwards to supersede GSM-R and Trafikverket will also begin the renewal of its optical fibre network during the period of the new plan. Upgrading of the telecommunications network will support the continued introduction of remote asset monitoring systems.

A number of other new systems including the Market-Adapted Capacity Planning System (MPK) and the National Train Management System (NTL) will be rolled out with the aim of enhancing capacity and operational performance.

A package of measures worth around SKr 2.5bn will enable the introduction of 750m-long freight trains on TEN-T corridors. At present the maximum permitted train length on much of the network is 630m, although a handful of 730m-long trains began operating on the Hallsberg - Malmö corridor last year and are also permitted to operate between Gothenburg and Malmö. In the north of Sweden, axle loads will be increased on the Malmbanan between Vitåfors and the port of Luleå, which is used by heavy iron-ore trains. The maximum axleload is currently 30 tonnes, although trials with 32.5-tonne axleloads are underway.

Power supplies will be upgraded with investment in substations, and transmission and distribution networks to accommodate projected increases in traffic.

In addition to these projects, the latest plan proposes a number of new lines and expansion of existing routes. New lines include the 140km Umeå - Skellefteå section of the 270 km Norrbotniabanan, which will eventually create a direct coastal rail link between Umeå and Luleå in northern Sweden.

Further track-doubling is planned to increase capacity on the Gävle - Sundsvall line, while quadrupling of the Myrbacken - Uppsala line will complete the four-track railway between Stockholm and Uppsala. This will enable new stations to be built in an area north of the capital where demand for new housing is high.

Track-doubling on the Gothenburg - Helsingborg - Malmö line will be completed with the construction of a second track on the difficult 4km section between Maria and Helsingborg Central.

In the south, Trafikverket plans to electrify the Jönköping-Vaggeryd - Värnamo and Nässjö - Vaggeryd lines. The plan takes forward development of the Järna - Linköping high-speed line, which will have a design speed of 320km/h, although it has now been decided to limit the maximum operating speed to 250km/h. The Lund - Hässleholm high-speed line is also included, and was the only new railway project mentioned by the government in its instructions for the proposal. Both high-speed lines will be built with conventional ballasted track.

Proposals for a new line linking Gothenburg with Landvetter Airport and Borås, which were included in the 2014-2025 plan, is now only regarded as tentative. Further development of this project will depend on the outcome of discussions between regional and municipal governments regarding financing and housing developments along the route.

The Swedish government will now review Trafikverket’s plan and an announcement on its adoption, including any revisions to the proposals, is expected in Spring 2018.